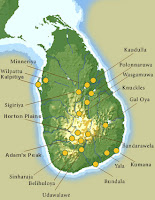 Sri Lanka 's abundant bird-life makes the island a true Ornithologist's paradise. Of the 427 recorded species, 250 are resident and 23 are endemic to the country. With such a variety of environments ranging from wet to dry zone, forest to jungle, and hill country to low lands, there's no end to the fascinating locations in which to spot many of these beautiful birds. Most of the endemic birds (such as the Sri Lankan grackle) are restricted to the wet zone, while birds such as the Sri Lanka whistling thrush and the yellow-eared bulbul reside in the hill country. Others, like the brilliantly plumaged jungle fowl, the striking red-faced malkoha and the shy brown-capped babbler can be found in forests and sanctuaries throughout the island. Among the best areas for sighting these birds are the SINHARAJA RAIN FOREST Reserve and the ADAM'S PEAK WILDERNESS SANCTUARY .

The large lakes (irrigation reservoirs) in the dry zone attract numerous varieties of duck, while larger aquatic birds such as stork, heron, egret, spoonbill, pelican, and ibis can easily be seen in the wetlands, especially at Wirawila, Kalametiya and BUNDALA NATIONAL PARK (which is also famed for its large flocks of migrant flamingoes). Around mid-August the first migratory species arrive in Sri Lanka . Large flocks of sandpipers, stints, plovers, terns and harriers fly over from Nothern India, Siberia, Scandinavia and Western Europe and settle along the lagoons and salterns of the eastern, north-western and south-eastern coasts. In the forested areas of Sri Lanka , birds like migratory tree warblers, thrushes and cuckoos can be seen. 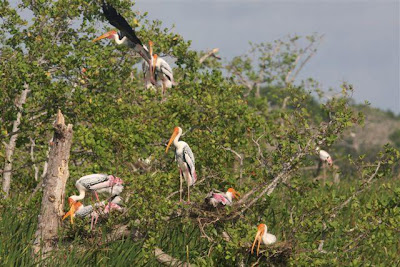 Posted by Unknown at 7:52 AM No comments:

Most famous bird paradise  is a Kumana National Park Of Srilanka 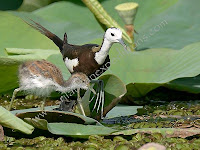 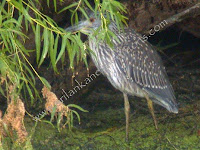 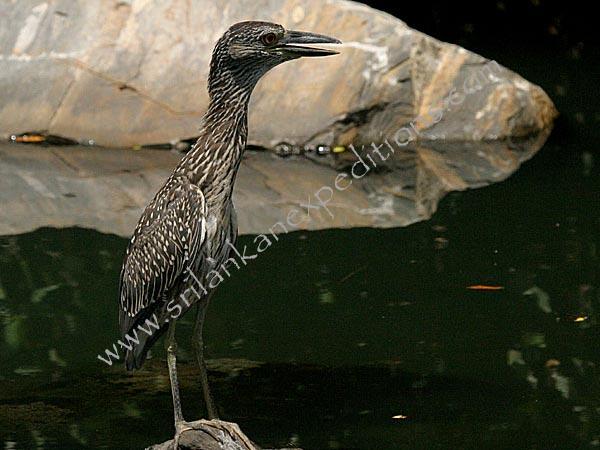 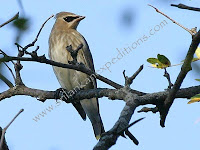 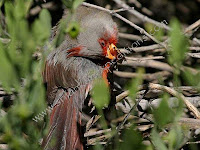 Located in the southeast corner of Sri Lanka , the 18,149 hectare KUMANA (YALA EAST) NATIONAL PARK is a well-known eco tourism attraction and bird sanctuary where a multitude of birds breed and roost. One of the most significant features of the park is the ‘Kumana Villu\' - a 200 hectare natural swamp lake, fed by the ‘Kumbukkan Oya\' through a half mile long narrow channel. It is at this mangrove swamp that many water birds nest in May and June. Regular sightings include such species of bird as pelicans, painted storks, spoonbills, white ibis, herons, egrets and little cormorants.
The very rare black-necked stork has also been spotted at the swamp. Besides the prolific birdlife, Kumana is also home to some of the mammals found in the larger YALA NATIONAL PARK (west) park, such as elephants and leopards. The vegetation in Kumana consists mainly of mangrove trees, kumbuk trees and the karan fern, as well as the open marsh area. For bird watching enthusiasts, the park is an ‘absolute must\'.
Posted by Unknown at 7:54 AM No comments:

Its help to fashion your life with your feelings!